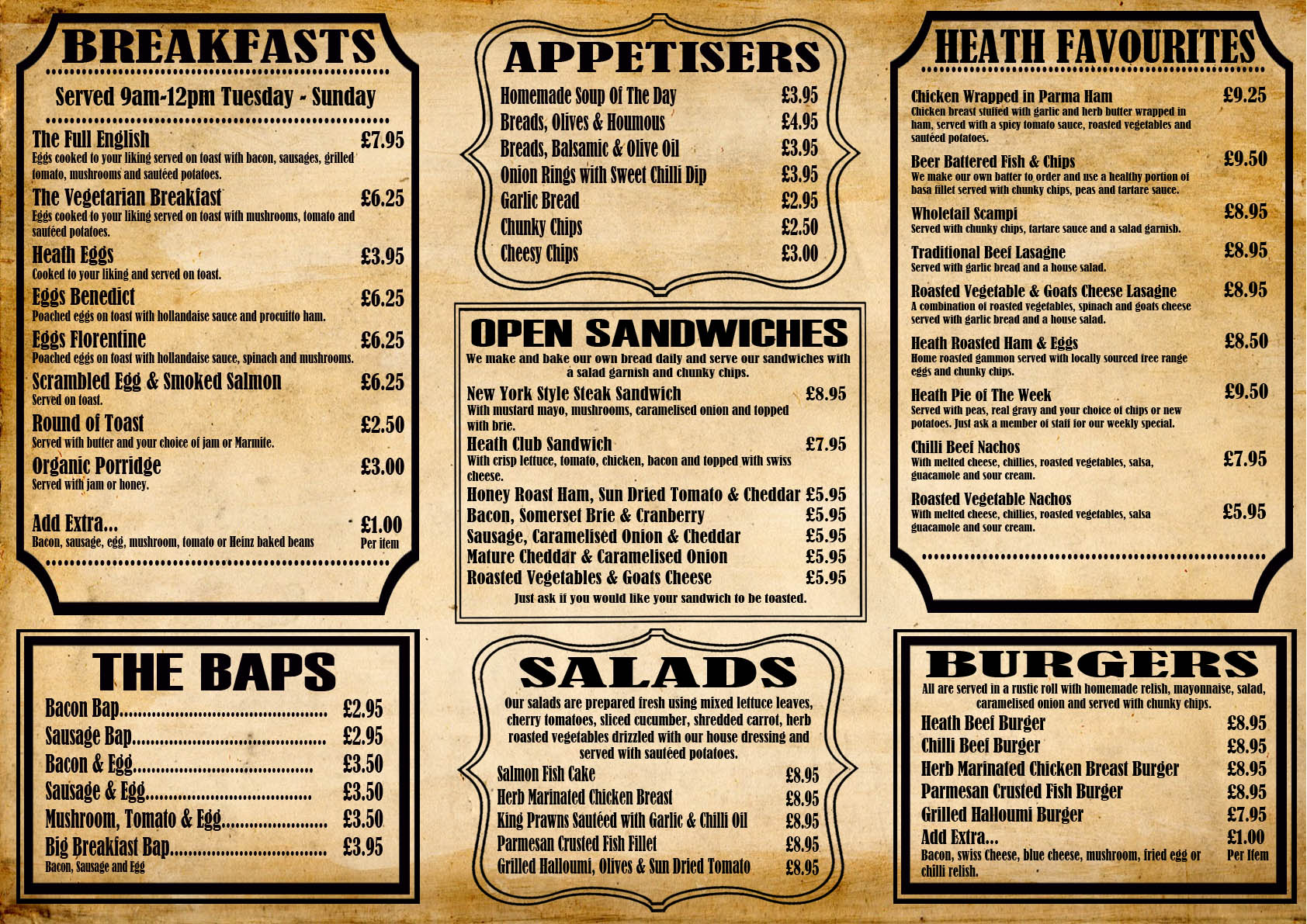 The following is from: Eran Dayan and Maya Bar-Hillel, “Nudge to nobesity II: Menu positions influence food orders” Judgment and Decision Making vol. 6 (2011): S333-S342. The paper contains two studies. here we will focus on the second, as it is an experiment in a real world environment.

Rozin et al.’s nudge to nobesity is very simple: if you want to increase or decrease the popularity of a food item, make it easier or harder to access, respectively. In the same spirit, the present paper explores another possible nudge to nobesity. We show that placing a food item on a menu at the beginning or the end of its category increases its popularity compared to placing it in the middle.

Study 2 was run on the real choices of real customers in a Tel Aviv café. The menu, naturally, listed prices (in New Israeli Shekels; see Appendix). The management cooperated with the study manipulations in two respects. First, they agreed, for the study period, to alternate (across days) the usual menu with one identical to it in every respect except for the order of some menu items. Second, they recorded customer orders for our benefit, as detailed below. The café is a small town center coffee-shop, open 7 days a week, from 8am till one or two hours after midnight, and catering primarily to students and young professionals. It consists of seven tables and a counter, and offers a wide selection of hot or cold drinks based on coffee, tea, or ice-cream, and served with or without alcohol, as well as a selection of sodas and fresh juices. It also serves desserts such as cakes and ice-cream.

Participants. Participants were the self-selected clientele who ordered from the three target categories during the period when observations were collected. We cannot say exactly how many customers were involved, only how many orders were involved (459 from the Base menu, and 492 from the I/O [Inside-Out] menu). Some customers may have ordered more than one item during a single visit, and some may have been repeat customers, but no records were made of these possibilities.

Design, stimuli and procedure. There were two versions of the menu, in which 20 items out of the 60 in the menu differed only in their order within their category (see Table 4). Data were collected with no particular protocol. We are aware that asking the café’s waiters (who necessarily were not blind to the manipulation, but were blind to the hypothesis) to record the data is a possible source of noise, adding to the naturally occurring noise from having no control over the customers and their choices. However, it is hard to imagine how any biases, including those that are time sensitive (e.g., more sloppiness at the end of the day, due to waiter fatigue, or less sloppiness at the end of the day, due to waiter “warm up”), might interact with our variable of interest.

In this study, there was a larger gain when an item moved from the exact middle to the extreme end (55%), than when it moved from the near-middle to the near-end (51%; n.s.). Table 5 also seems to show an advantage to being listed in the top half of a category (59% of the choices; p<0.0001, 2-tailed sign test). However, we did not use a Mirror ordering here, so the effect of side is confounded with the nature of the items themselves, and thus cannot be attributed to position.

Although our results may presently lack an explanation, we believe they are robust enough to warrant confidence, especially with an eye to real-world application rather than theory. We believe that we have presented enough evidence to recommend a nudge: Put the food you want to encourage at the extremes of the menu listings. This recommendation applies to the listings within a category; we have not studied whether it is similarly possible to nudge people across category boundaries. If anyone who wishes to adopt this nudge to nobesity remains skeptical—it is ridiculously easy and cheap to test it in their specific context: change menu positions, and see.

There has been given acces to a paper about this nudge. Here you can find more relevant information on the nudge.
The Paper