Sustainable consumption at a company canteen 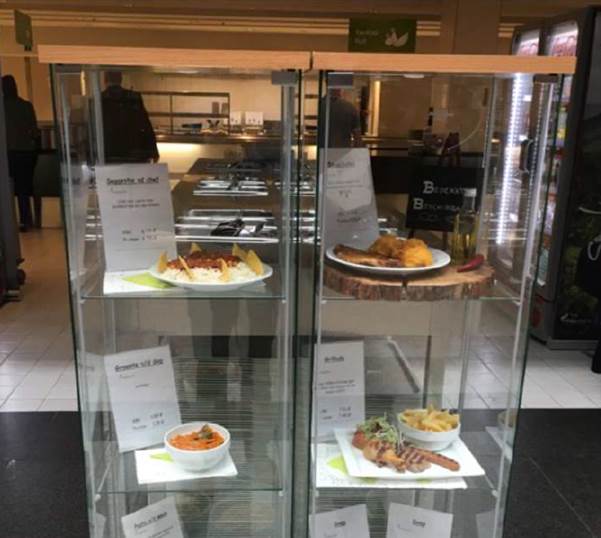 This intervention was created and tested by Dijksterhuis & van Baaren by request and funding by The Environment, Nature and Energy Department (LNE) of the Flemish Government. The project leads are: Timon Hoitink, Johnny Buivenga, Lotte Spijkerman.

Introduction
In the company canteen of KBC Bank & Insurance (KBC) we aimed to stimulate the sales of the environmentally sound food. We wanted to create interventions where we did not communicate directly in terms of the environment, sustainability or health. In the case of KBC, the choice of meals is fixed. This means that a dish is not adaptable and pre-set for the customer. The interventions have been focused on the dish instead of the different components. We aimed to test an intervention package in which we applied (a) framing, (b) visual attractiveness, (c) scarcity, (d) priming and (e) the offer of samples. This intervention package was pre-tested in order to fine tune the setup.

Method
We applied framing on the printed menu of the canteen by adding an attractive adjective in the (environmentally sound) dish description. The menu was visible in the elevators and at the canteen. Next to that, we augmented the visual attractiveness of the (environmentally sound) dish by adding a wooden plateau, a bottle of oil and some fresh ingredients. We also applied the scarcity principle by placing a miniature chalkboard with the text ‘Limited availability’ on it. The priming principle was used by installing posters with pictures with words like ‘New tastes’ and ‘Tasting’ written on it. These primes were aimed at bringing the customer into a new mindset in order to activate the concept of ‘new choice’. Finally, there were samples of the environmentally most sound dish available at the entrance of the canteen. The intervention was done at the company canteen in Brussels. A similar canteen, of the same company, in Leuven was used as a control location (RCT-method). The analysis was done on the sales numbers of the different dishes.

Results
In the course of one month, the intervention was implemented at the company canteen in Brussels (n=6823). The company canteen in Leuven (n=5020) was used as a control location. This means that 20 working days were measured of which 17 were used for the analysis (3 were discarded because the framing intervention could not be implemented because the environmentally best scoring dish was the dish of the week). We have found a positive result in 14 of the 17 days, of which 10 were a positive significant result. We also found 3 negative results, one of which was significant. The average result was in increase of 5 percentage points (29% à 34%) of the share of the environmentally best scoring dish.

Conclusion
This intervention package was a success in terms of the overall goal, increasing the sales of the environmentally best scoring dish. By implementing these interventions as a package, the effect of the individual intervention components (a through e) cannot be measured. The measured effects also were highly volatile ranging from -12 percentage points to +13,1 percentage points. These large ranges cannot be explained with the available data. 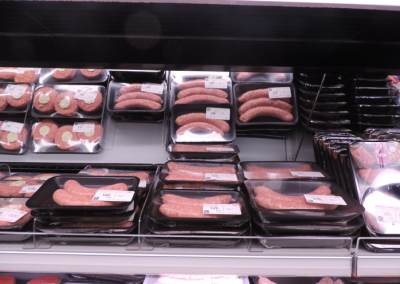 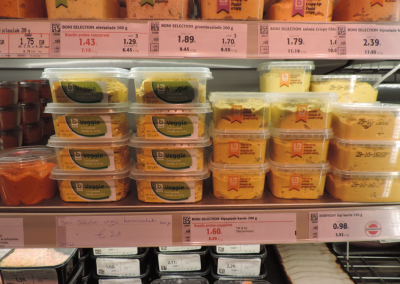 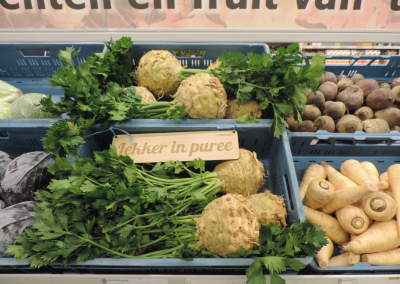 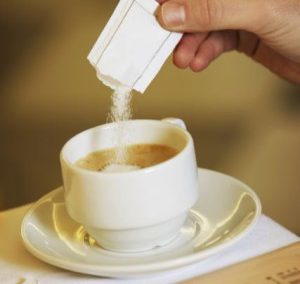